Unlike nearly every other country we have visited, Nepali food is not something we see often in restaurants. Other than reading about some common dishes, we had very little idea of what the flavors would actually be like or what to expect. This was fun because it was completely uncharted territory, but unlike trying a new restaurant we didn’t necessarily have the option of just not eating if we didn’t like it. This is was little intimidating since we didn’t know how we would like it or how our bodies would react on the Annapurna Base Camp Trek. Our worries were completely unfounded, as we loved the food.

My perfect meal in Nepal would be ginger lemon honey tea, aloo paratha for an appetizer, and I would share a potato rosti and dal baht with someone for the entree.

On the Annapurna Base Camp Trek we adhered to a vegetarian diet and stuck mostly to local staples like dal baht. Eating meat is generally not recommended while trekking here, because in many areas they do not believe in killing animals so the meat is not guaranteed to be particularly fresh. You can find a bit more about food on the trail in the food section of my Annapurna Base Camp Trek Article, including a price list for typical meals at tea houses.

In the city we were a bit more adventurous. The most interesting thing we tried was a Newari dish with raw buffalo meat. It was weird but delicious. In Kathmandu you can find food for just about any budget. We saw main dishes at restaurants starting at less than 1.50 USD and going to over 50 USD per plate. The key to finding reasonably priced tasty food is to avoid touristy areas, but even in Thamel you can find reasonable spots. Check out my Kathmandu Article for more info and tips.

Breakfasts usually have the option of ordering a set or a la carte. Common items you can find everywhere include eggs to order, plain toast, muesli, potatoes (usually flavored with Nepali spices), porridge, and chapatti. 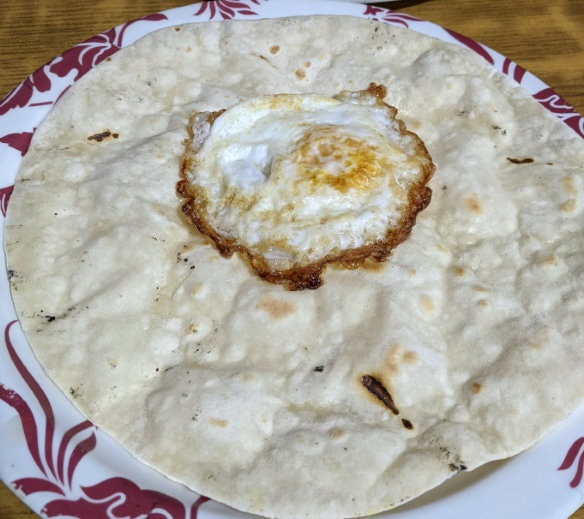 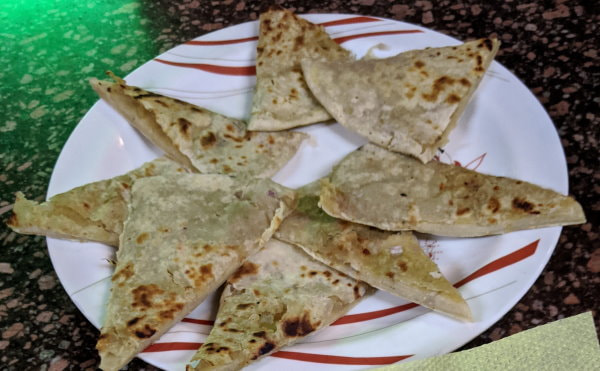 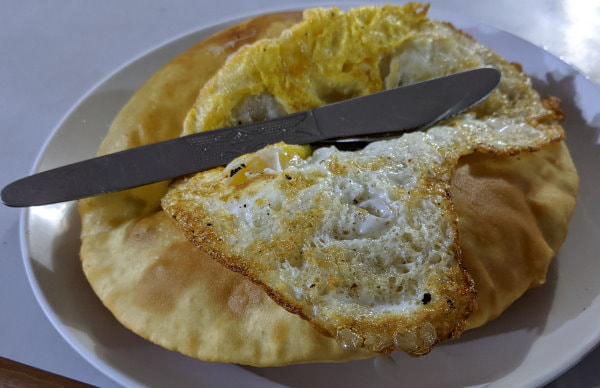 Many of these can be served with any meal or can often be a meal on their own. My personal favorite was Buff Shapaley. 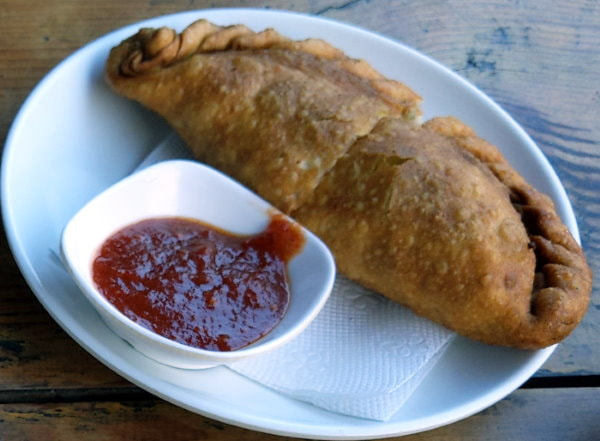 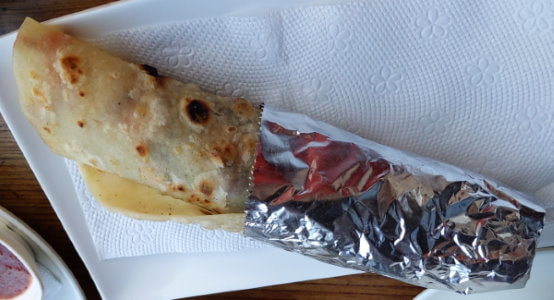 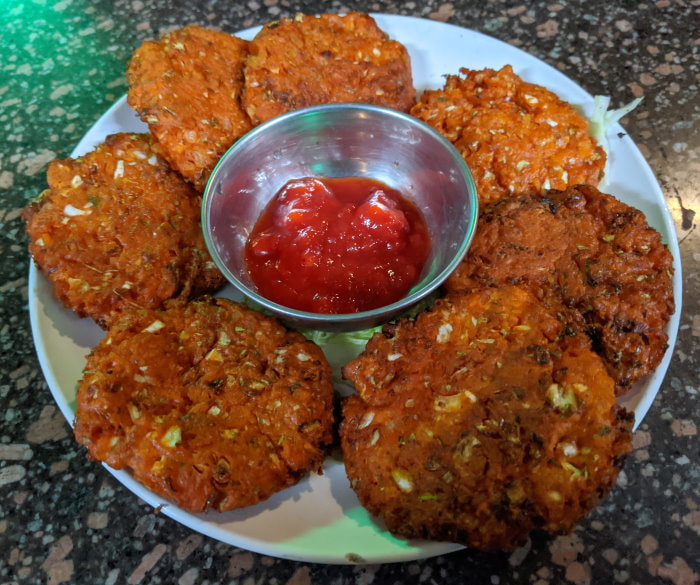 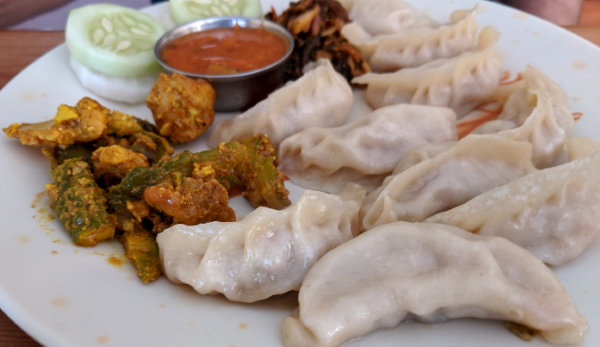 Nepali food is heavy on starches and it is not uncommon to have bread, rice, and potatoes in the same meal. Vegetarian food is plentiful and tasty, but if you are trying to eat low carb you are out of luck. 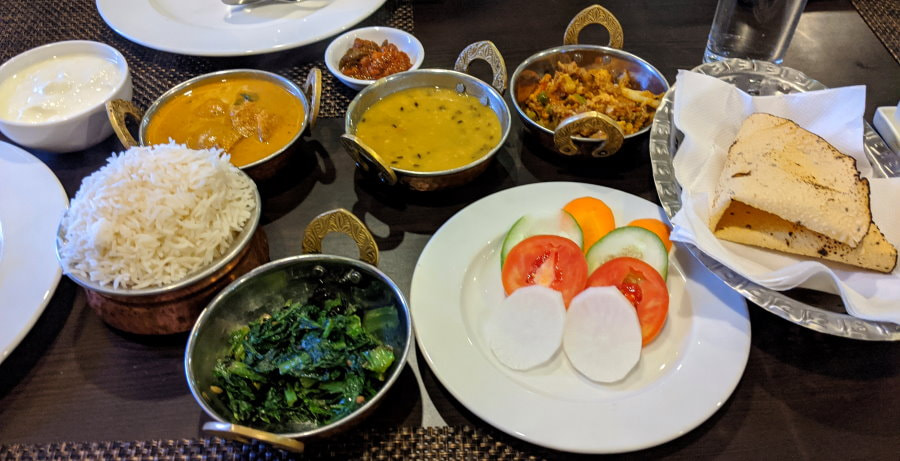 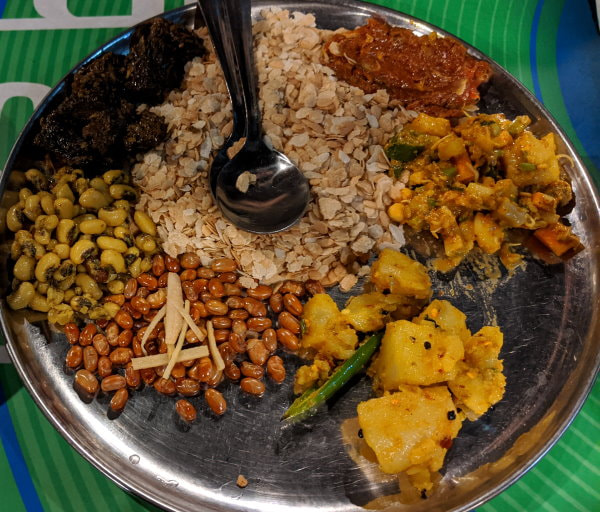 Tea would br the national drink of Nepal and they do a great job so I encourage you to indulge. As for other beverages, they seem to like their drinks warm and that often includes things like water and beer, so don’t be surprised.

Desserts didn’t seem to be a big thing in Nepal and most that we saw seemed to be expensive (4 USD for a brownie or cake slice) aimed towards tourists. We saw some dessert takes on regular foods like momos and snickers filled shapaley.

If you are considering trekking and are looking for some pre-trip reading, Gordon Alexander’s The Nepali Flat is an entertaining book about his experience in Nepal, doing a month long trek in the Everest Region. On his journey he sees all kinds of mountain food, from very good to very bad. He spares no details, including his bowel movements, giving a practial and realistic look at trekking in Nepal.

What is your favorite Nepali food?
Share it in the comments below.

Or the amazing Peruvian Food

And the melting pot of Hong Kong Food