Off the beaten path without being out of the way, this isolated peninsula makes the perfect picnic stop. This was our first sightseeing stop of the trip; just a short detour on our way from the Dublin airport to Portrush. This is no fairy tale castle, but it is everything that I feel Ireland should be. Isolated, green, majestic, pristine, and ancient, with a touch of rain. Even after traveling around the whole country we still felt that this was a special spot. 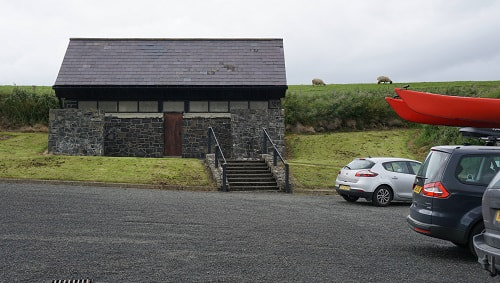 The last bit of road to get here is a short introduction to driving in Ireland, but can be a bit of a surprise if you aren’t expecting it. You go abruptly from the highway to a narrow semi-paved one car wide lane with occasional two-way traffic. At least with a one lane road you get to mostly concentrate on driving and not think too much about which side you are supposed to be on.

Much of it is straight, but there are a few bends with poor visibility, and by chance that is where we met the only car we encountered, at which point they graciously backed up and let us pass. We also discovered, when we hit the brakes at this encounter, that our back seat was not properly latched and our luggage came flying forward as the seat back dropped. We were glad we weren’t going very fast.

The parking lot is small but nice, has a public bathroom, and a couple of sheep. In typical Ireland fashion there was light rain when we got there, so we opted to have our picnic in the car and it slowed to barely a sprinkle by the time were done eating.

Without this well built trail getting to this spot would be treacherous. Gentle stairs lead down the hillside and fences hold the earth from tumbling down from above. At the bottom, the trail turns to dirt and gravel up to the castle and turf beyond.

Being my first time stepping on Irish turf, I was fascinated by its springiness. When you step on the grass or sometimes even the bare ground you sink slightly. I’m not sure if this is due to the dense root structure or the heavy water saturation, but it was fun to walk on. I imagine I looked like I was bouncing around, almost like walking on the moon. The ground gave you a slight push each time you lifted a foot, and settles under the next. We experienced this several places in Ireland. 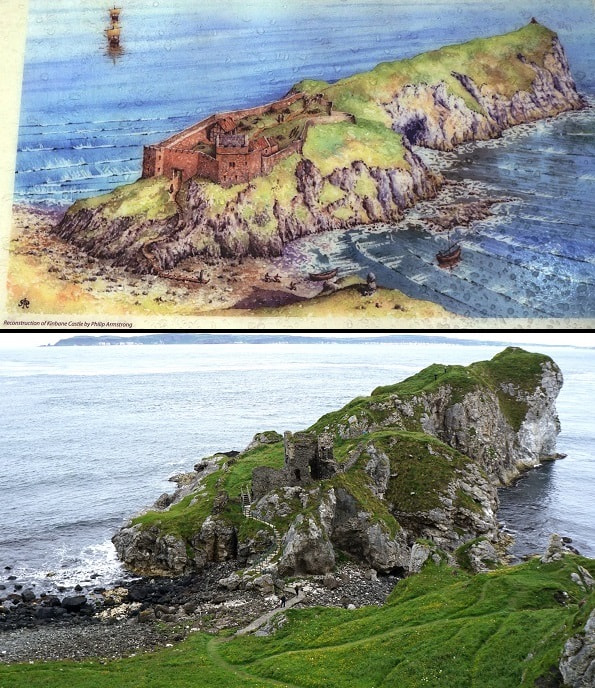 The only parts of the castle that still remain are the tower and remnants of a building on the water’s edge, with an old winch for pulling up boats and goods from the ocean below. There is a sign with a brief historical description of the structures and a great artistic image of the original. I like to try and imagine what it would have been like to live here and how they would have fed themselves. This would be a nearly impenetrable spot. Approaching by land or sea would be very difficult. However, I feel like living here would not be simple either. 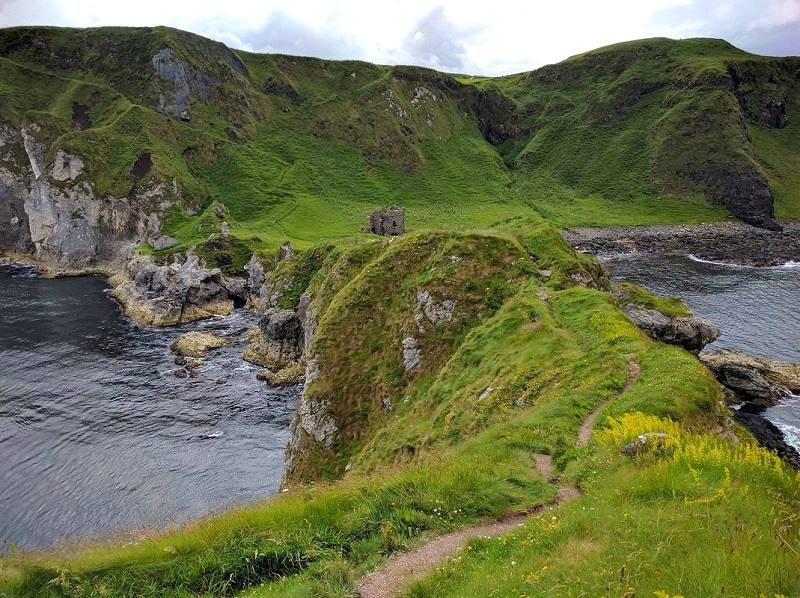 The sea and the landscape were stunning! You could walk out on the narrow peninsula and look back at the land or out at the water. The rocks and water sparkle and lichens paint on the cliffs. If you look into the distance you can sometimes see Scotland (no not the island, beyond that) and just make out the Carrick-a-Rede Bridge.

This secluded area is a haven for sea birds and we watched some “flying penguins” (that we later found were called razorbills) flying in and out of their nests in the cave below the castle. There was nearly a constant stream of them coming and going. Even if you’re not into birds, something about these just brought a smile to our faces. 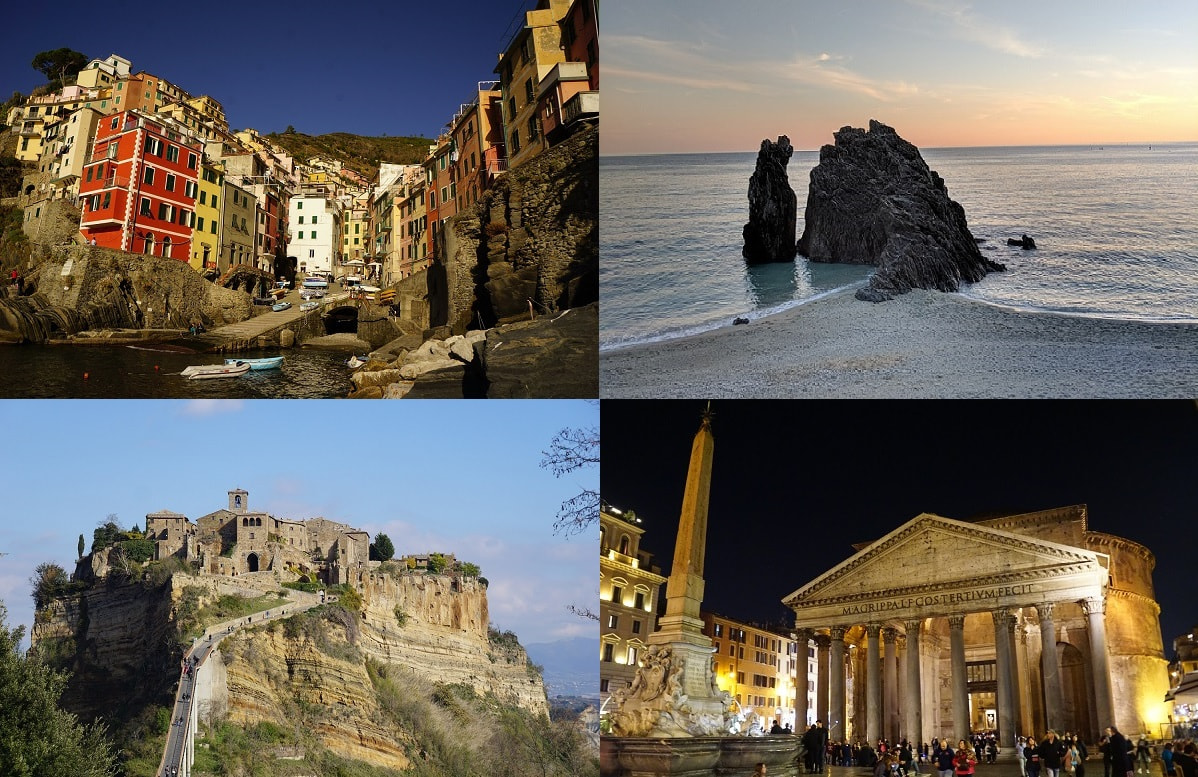